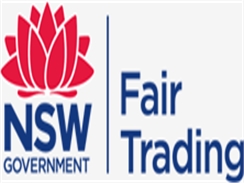 “Over the past week, NSW Fair Trading officers have been out in Cronulla and the Sutherland shire investigating more than 114 real estate agencies as part of Operation Kuban,” Mr Mason-Cox said.

“Seventeen individual agents were handed a $550 fine and four agencies were fined $1100 each for breaching NSW Fair Trading laws.

“A number of agents will be required to produce further documentation in order to avoid penalties.”

“In the last year, NSW Fair Trading inspected close to 500 real estate agencies across the State, and handed out $120,000 in fines to agents and agencies,” Mr Mason-Cox said.

“NSW Fair Trading will continue to closely monitor the market to ensure consumers are being treated fairly and agents are acting within the law.”

Incidents can be reported to NSW Fair Trading online at www.fairtrading.nsw.gov.au or by calling 13 32 20.